The FrancoMusik Alberta Association is pleased to present the second edition of the Pangea Nights this time discovering Angola! This celebration is part of our new community and artistic project: “Les Rencontres Pangéa” (Pangéa Nights), a series of four multicultural Francophone celebrations, each one of which will highlight the culture and community of an African country.

True to the vision of the project, the evening's program will allow us to discover Angola through its food, its organizations and community actors, its cultural dances such as the famous kizomba, which is danced all over the world, and its very rich musical culture.

Don't miss a chance to discover Angolan dance demonstrations and a free Kizomba dance class by Nataniel and Oshi! The Mélafrique music band, led by Jose (Ari) Canga, and the explosive DJ Mep's, will make us dance all night long to the sounds of the famous names of Angolan music, emblematic of Semba, Kizomba (close to the zouk of the French Antilles), kilanpanga, among others...

Through this project, FrancoMusik Alberta seeks above all to create bridges between the communities of African origin and the Canadian francophone communities which have very little opportunity to meet and get to know each other. We also want to raise public awareness of different multicultural musical cultures, and thereby offer more visibility to multicultural francophone artists in their own official language minority communities.

Photos from the first edition: The Ivory Coast! 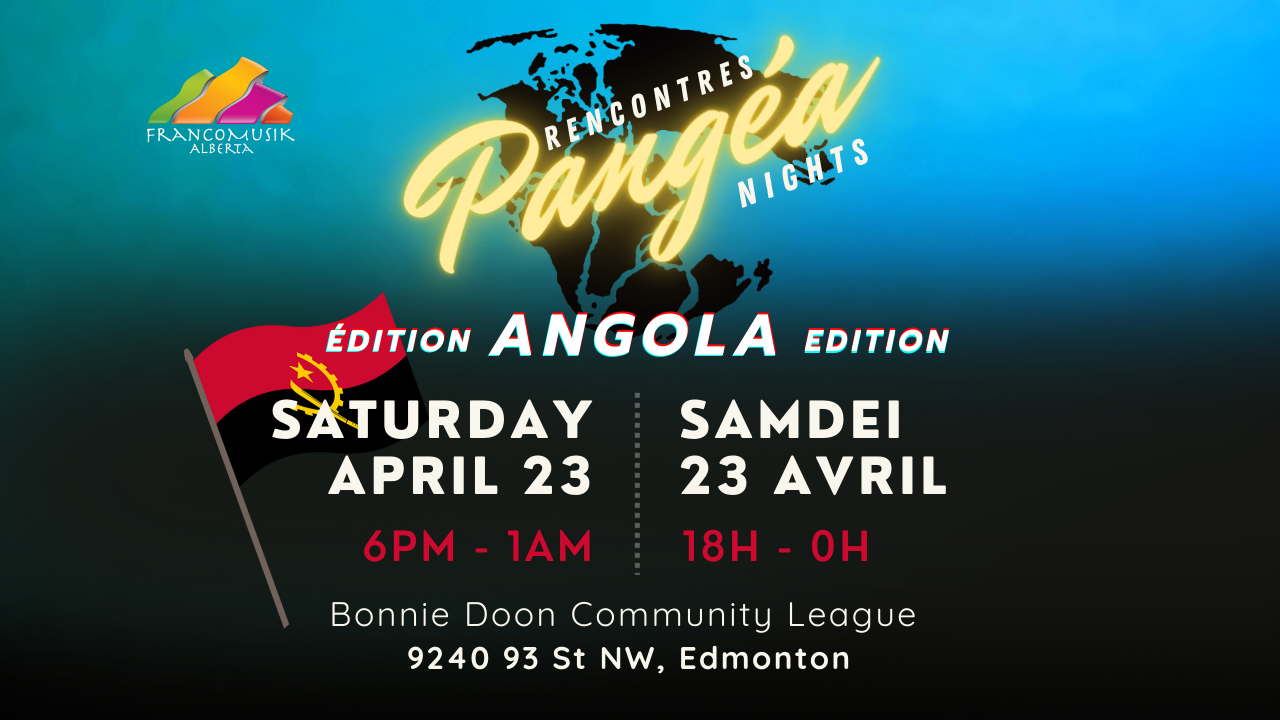